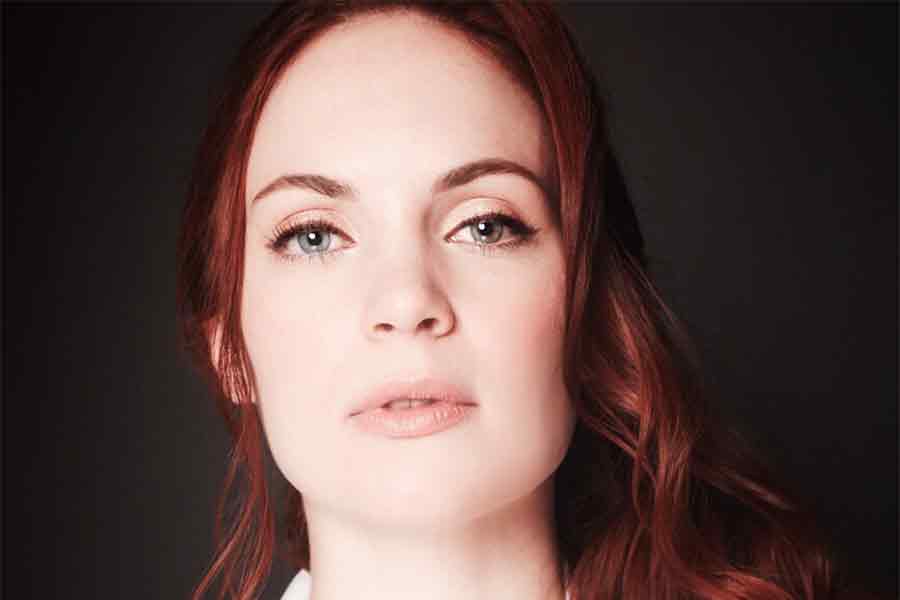 Actress Airen DeLaMater isn’t afraid of a challenging role, even if it means traveling to some of the scariest renowned places in the country. After starring in a supporting role in Thundersmoke Media’s Apparition (directed by Quinn Saunders) in 2015, DeLaMater is returning to the screen again with another chilling tale, Impuratus. 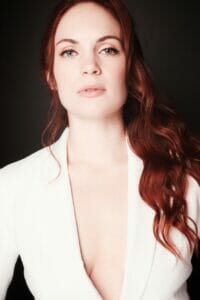 The film is set in the 1930s and follows former homicide detective Clayton Douglas (Tom Sizemore) who travels through the wooded country road on his way home. In what seems like the middle of nowhere, he slows his car to a stop at an intersection.

Having just quit the police force hours ago he struggles with his thoughts; go home and finally be the husband and father he needs to be OR turn down the other road towards the insane asylum – towards the doctor that called him earlier in the day in a frantic tone before the line went dead.

Douglas’s decision and the people he interacts with along the way, including Civil War soldier Daniel Glassman (Jody Quigley) and Sister Rose (Airen DeLaMater) lead him on a terrifying, unforgettable journey that will leave him questioning all that he thought knew and fighting for his life.

The film premiered this Sunday, December 18th at the Philip K Dick Film Festival in Queens, New York, winning Best Supernatural Feature. The film will formally debut in March 2023 and has already drummed up much excitement and anticipation, receiving an 8.2/10 in IMDB reviews . The film also features an award-winning script from writer/director Michael Yurinko.

During the course of filming, DeLaMater and her team were faced with the bitter cold and looming desolation of Pennhurst Asylum in Chester County Pennsylvania—the perfect environment to craft a horror classic.

DeLaMater specifically traveled to some darker emotional places in preparation for the film and for her integral role in Sister Rose, who undergoes a unique arc over the course of the film as her faith is tested.

Q. Talk about how you became involved with Impuratus.

A. I did a film in 2015 with Guy Quigley the executive producer of Impuratus called Apparition and I had such a great experience working with him and with Jody [Quigley]. I became involved with Impuratus a few years back. Michael [Yurinko] had seen Apparition and we stayed in touch through many iterations of the script. So when I was offered the role there was really no hesitation.

Q. This is the second major horror film you starred in the first being Apparition in 2015. What attracts you to horror projects?

A. I think it’s the fact that I really enjoy them so much not just as an actor or an audience member but as a writer as well. It’s a category of film that really lends itself to a lot of possibilities. What we’ve been seeing in the past 5 or 10 years especially is this dissolution of the limitations of the genre which is really exciting.

Q. The cast visited a variety of haunting places during the course of shooting including Pennhurst Asylum. Talk about the atmosphere of these locations.

A. I had gone to Pennhurst one Halloween and I was like ok this is pretty scary! But you know, those Halloween events are a spectacle and while it was fun, working there was a completely different story. It’s definitely one of the most unsettling places I’ve ever filmed in. The buildings themselves are so beautiful but they’re in various states of decay which makes for an incredibly ominous backdrop.

I’ve always loved abandoned places but I think after filming Impuratus I have more of an appreciation from a distance. There’s something palpable in the air. In certain rooms, you can see layers of old peeling wallpaper or an old xylophone that’s seemingly been gathering dust since the asylum closed in the 80s.

Q. Your role Sister Rose is described as someone “who seems to be entranced by the sheer sight of Daniel [Glassman] and is present for medical aid and spiritual guidance”. What can you say about this description and how did you prepare for this chilling role? 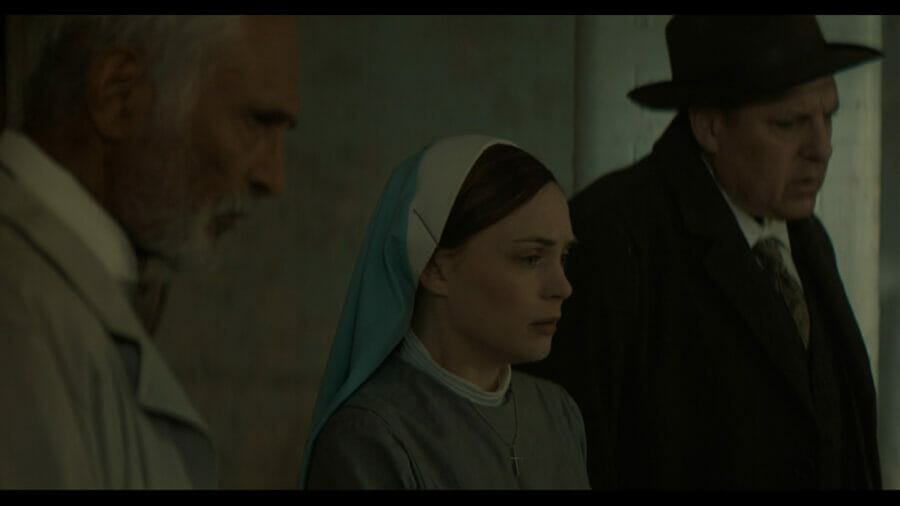 A. Great description. I’d say in the midst of everything that’s going on, Sister Rose is on her own journey. She is reconciling what she’s witnessing and how that forces her to confront her relationship with faith. To prepare I did a lot of research and worked for the months leading up to filming with my coach, Claire Chubbuck using her technique called cathartic realism.

Q. While utilizing this technique of cathartic realism, did you find yourself going to darker places that have enhanced your abilities as an actor?

A. Absolutely. You need a specific kind of rawness as an actor when approaching horror. Cathartic realism is a combination of science and art. It draws from the Chubbuck Acting Technique and shame research by Dr. Bessel van der Kolk’s/Brene Brown. It boils down to empowering trauma survivors to find catharsis.

So, while I haven’t been in a situation like Sister Rose, the work did become deeply personal to me. Using that to approach a horror project was intense, but it really opened up a lot for me. Claire helped me find a lot of discoveries through this process that I will absolutely carry with me in my future work. Also, the script offered so much possibility to explore which is a testament to Michael’s exceptional talent as a writer.

Q. Aside from acting, you also write and produce. What’s down the road for you work-wise?

A. I have several acting projects coming up in 2023 and I am in the development of writing a one-hour television pilot for Sobini Films. That’s all I can say right now.

Q. How important is it for someone in the industry to be involved in all aspects of creating? How does it help broaden your career?

A. I would say it really depends. If you are someone like me and you want a little more control over the bigger picture of your career, it’s extremely important. I love creative stimulation but I also enjoy the business aspect. This business is one of the most competitive industries you can be a part of so learning other aspects of it beyond acting can help immensely.

Q. What advice do you have for young actors looking to follow in your footsteps?

A. I’d say, first and foremost, find out if this is the career you really want. The attrition rate of actors leaving the business is high for a reason. It’s really hard work. It’s only glamorous about 1% of the time. If it’s really what you want, don’t give up, don’t listen to other people who project their fears onto you, and work harder than you think you need to.

Find good people that you want to work with again and again. Make your own work. Most importantly, make sure you lead a full life outside of acting. This will keep you grounded and give you a rich pool of experience to pull from which helps inform your work.

Q. What are a few reasons that you want us to see Impuratus?

A. It’s really fun to see how Impuratus departs from the traditional elements of its genre. Michael Yurinko has crafted such a deep and well-thought-out world. He brings together horror and mystery in a way that will really grab the audience’s attention and keep them guessing until the very end.