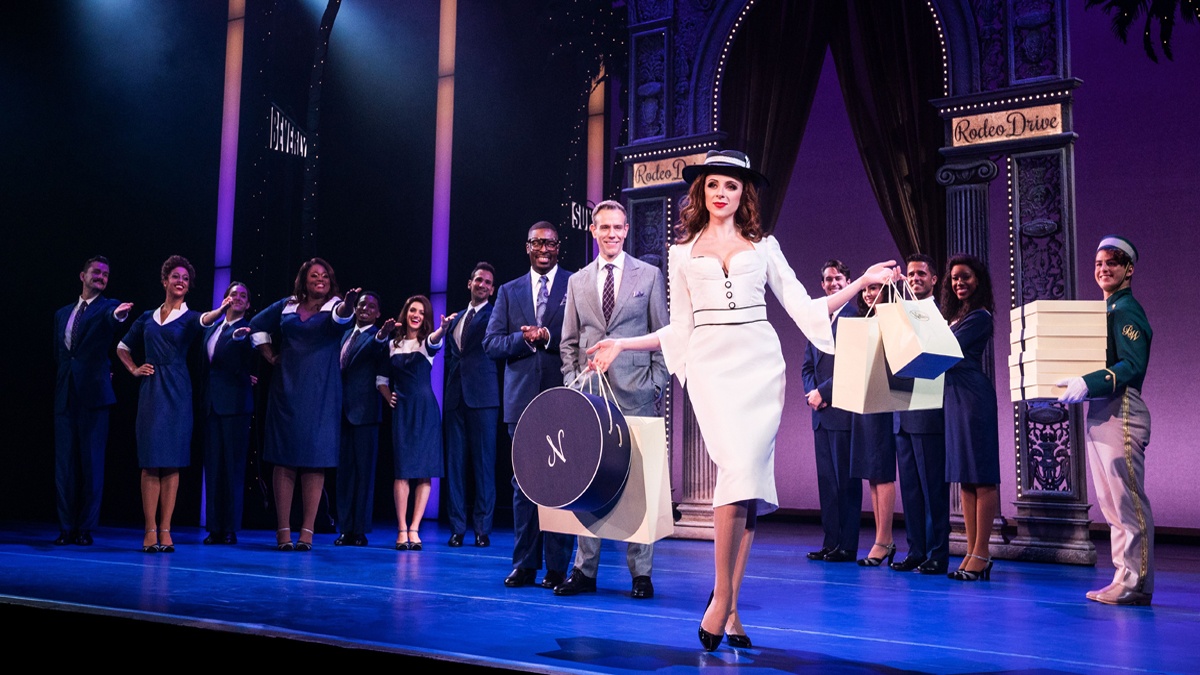 What more of a treat could Philadelphia area theater lovers want than a night at the Academy of Music watching a live performance of Pretty Woman: The Musical?

We will have that opportunity for the Philly premiere of Pretty Woman at the Kimmel Cultural Campus; Academy of Music from Tuesday, January 4 through Sunday, January 16.

The icing on the cake of this delicious offering is that Jersey Girl Olivia Valli is starring in Julia Roberts’ role of Vivian Ward. Having strong local roots means that Olivia will be cheered on during this local engagement by dozens of family members and friends.

Olivia Valli grew up immersed in the music of her grandfather Frankie Valli,  now 87, whose memorable songs with The Four Seasons – Can’t Take My Eyes Off You, Who Loves You, Sherry Baby, Rag Doll, Dawn, My Eyes Adored You, Ragdoll, Big Girls Don’t Cry and Walk Like a Man.

These memorable songs were immortalized on the top of the pop charts and went to be featured in the hit Broadway show and subsequent movie, Jersey Boys, in which Oliva had the honor of portraying her grandmother, Mary Delgado, bringing something special to the family story.

Tell me about growing up with your grandfather, Frankie’s iconic music, and what is it like to have such a close relative who is a music legend?

Olivia Valli: I never realized the magnitude of his status and his music until I was about 11 years old. He was performing in PNC Arts Center and I saw the crowd and the adoration and I realized that this was a BIG deal. I would always hear his music in the grocery stores and I knew that people loved his music, but he acted like he was my grandpa, so I never thought about the legendary part of him. I wasn’t impressed by names, I was more impressed by character. When I was touring with Wicked everyone told me how kind he was and how generous with his time he was; and that impressed me a great deal.

Talk about your love for Broadway.

I wanted to be a pop singer just like my grandpa. In my junior year of high school, I had to pick a major and I selected musical theater. He said, ‘This is your career, I don’t want a hand in it.’ The only thing he influenced is my drive and work ethic. I come from a really cool family, but I have always wanted to make my own mark.

You have a lot of Philadelphia and New Jersey connections, so how excited are you to have this show come to our area?

I am super excited to be back in Philadelphia. I toured here with Wicked and I am happy to say that I have close to 100 people coming to see the show here. Being the leading lady is awesome and they all know how hard I worked to get here. 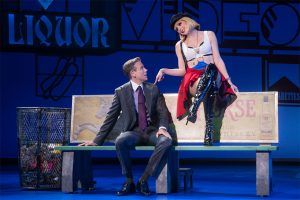 You are playing the Julia Roberts role of Vivian. How did you approach it to make it all of your own?

I have to remind myself that unfortunately there are people who are expecting the movie. While there are parts of Vivian that are like the movie, there are other parts of Vivian that are in me. She is an everyday person. We have all felt like the underdog, or not valued for who we are, at one time in our lives. We can relate to a Cinderella or underdog story and being someone who has to work to show everyone her worth and her value.

Tell me about your theater roles.

I auditioned for Jersey Boys for six years.

Wow! That is hard to believe.

It’s true. I went in as a college sophomore and auditioned five times for the role of Francine on and off-Broadway and I never got the role.  I realized it was not meant to happen, it wasn’t the right role for me. Three weeks after appearing in Wicked I ran into the casting director for Jersey Boys on the street and I got a call a few days later to audition for the part of my grandmother, Mary. While Francine didn’t feel right, Mary felt like the perfect fit.

Please tell me more about this awesome audition.

I got a four-hour callback of singing, dancing, and acting – it was a tough process. Finally booking the part as my grandma and honoring her in the way I knew her growing up was amazing. I was able to show her flawed and heart-broken persona because it’s easy to play Mary as a villain but I felt that she was just a person who was deeply troubled at a time when people couldn’t talk about her feelings. I was honored to represent her in the way that I know her and know her best; that was really special. 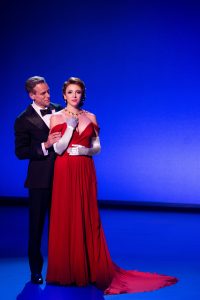 What is it like to hear a Frankie Valli song today?

Wonderful, it’s a little reminder he is there and the work he has done is being celebrated.

What are your favorite songs of his?

There are many, but I especially love the songs Swear to God and Native New Yorker.

They say that someone with his talent cannot be taught. Do you agree?

Yes. It is an unmatched gift. No one else sings like him.

Why should my readers come to see Pretty Woman?

It is a beautiful story about someone looking to find her voice and in my own Jersey girl way I relate to that because I know I am a person of substance, but that doesn’t mean there were no stumbling blocks in my way. Enjoy the magic of live theater. The show is so good; everyone will fall in love with it.

For tickets and information about Philadelphia’s production of Pretty Woman, Click Here

For more information about the Pretty Woman Tour Click Here

For more about Olivia Valli, go to Instagram: @Oliviafvalli