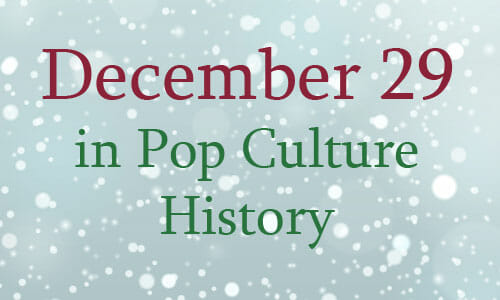 1890 – The US Cavalry killed 146 Sioux at Wounded Knee on the Pine Ridge reservation in South Dakota.

1916 – James Joyce’s book Portrait of the Artist as a Young Man was published.

1927 – Krakatoa began a volcanic eruption on the seafloor. It had been quiet since its 1883 eruption.

1952 – The first transistor hearing aid went on sale, the model 1010, manufactured by the Sonotone Corporation

1959 – Physicist Richard Feynman gave a speech entitled “There’s Plenty of Room at the Bottom,” which brought in the concept on nanotechnology.

1982 – Surround Sound was introduced for home use by Dolby.