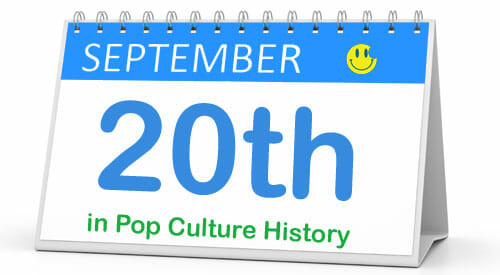 1960 – The Flintstones debuted on ABC

1973 – An estimated 90 million people watched ‘The Battle of the Sexes.’ Billie Jean King defeated Bobby Riggs in a televised tennis match at the Astrodome in Houston, Texas.

1977 – The Fonz jumped a shark on Happy Days, forever immortalizing the phrase “jumping the shark” as a metaphor for when something has passed its peak.

2009 – Barack Obama appeared on five Sunday news/talk shows on the same day: CBS’s Face the Nation, ABC’s This Week, CNN’s State of the Union with John King, NBC/MSNBC’s Meet The Press and on Univision.