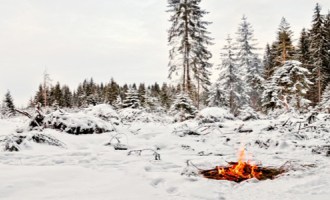 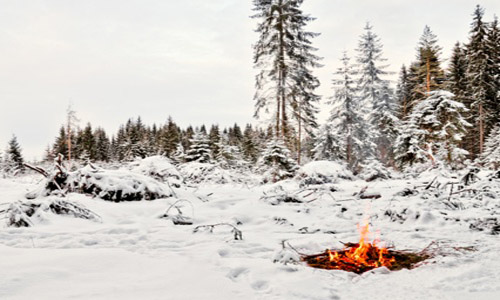 (PCM) By the time February rolls in, many of us here in the northern hemisphere are tired of snow, and cold, and scraping our cars off every morning. We’ll be waiting with frosted breath to find out if Punxsutawney Phil sees his shadow – will spring make an early entrance, or are we condemned to six more weeks of winter blahs?

While the groundhog is a newish American pop culture hero, we humans have a long tradition of being sick and tired of winter halfway through it. Christian Candlemas, also known as the Feast of the Presentation, is observed forty days after Christmas. Candlemas is said to have roots in the Roman Lupercalia, an agricultural festival held in mid-February. Then there’s St. Brigid’s Day on February 1st – the Catholic feast day in honor of Ireland’s premiere patroness, who also has roots in a pagan past.

Imbolc was the Celtic mid-winter holiday, celebrated between the Winter Solstice and the Spring Equinox. Imbolc (old Irish for “in the belly”) marked the start of lambing season and other signs of returning spring, and was linked to Brigid, a mother goddess and patron of livestock, healing, and artistry.

Brigid the Saint and her mythic pagan namesake remain important figures in Ireland and the Irish diaspora in the U.S. and elsewhere. Both the nun and the goddess are associated with fire: a perpetual flame in memory of St. Brigid is kept alive in County Kildare, Ireland, while modern Celts, Wiccans, and other Neo-pagans mark the festival with bonfires or candle rites.

No matter who you are, early February is a perfect time to warm your heart with thoughts of spring. Why not snuggle up in front of the fireplace tonight, or light some candles and make some pre-Valentine’s day romance? Get in the spirit with a hot toddy or Irish coffee, or get inspired: write a poem, crochet a new scarf, paint a picture – how about something with flowers in it? After all, spring is on its way: no matter what that groundhog has to say.