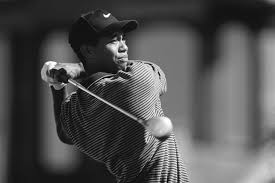 While honestly not being the biggest sports fan, especially when it comes to professional golf, one player in particular quickly became a household name and that is Tiger Woods. Even if you have never followed a game of golf in your life, you have most certainly heard the name Tiger Woods and how he came to dominate the sport at such a young age, but as we have learned by watching HBO’s new two-part documentary “Tiger” that domination certainly came with a hefty price. As quickly as one can rise, they can fall just as fast and things can get ugly very quickly!

HBO’s documentary is based upon the book “Tiger” written by Armen Keteyian and Jeff Benedict. Keteyian is also one of the executive producers for the HBO two-part series. The series immediately delves into Tiger’s relationship with his father Earl Woods, who was without a doubt an incredible driving force in Tiger’s rise to golf greatness. From the time he was, a small child Earl had a plan and a vision for Tiger and absolutely nothing was going to stand in their way, not even Tiger himself.

The series focuses on Tiger’s rise to the top and then further explores the various scandals that surfaced leading to Tiger’s harsh fall from grace. Throughout watching the series it was sometimes hard to tell who was the villain that led Tiger down a secretive and scandalous path, as the majority of the time it felt as if Tiger’s father Earl put so much pressure on Tiger from such a young age that he eventually just broke, however, could it be that Tiger just followed in the direct footsteps of his father, as many of the missteps made by Tiger were the very same ones made by Earl himself.

At times it was easy to feel pity for Tiger while watching, as many details from his early life were revealed including interviews with his elementary school teacher, his high school sweetheart, and other childhood friend and colleagues. Each of them shared a similar story about the strictness and pressure placed upon Tiger by his parents and it was amazing to catch a glimpse of a fun-loving teenage Tiger dancing around and relaxed at a high school party with footage provided by ex-girlfriend Dina Parr. It was a side of Tiger that is rarely if ever seen. The fun didn’t last long as once Tiger began his winning streak at all the major golf tournaments, his parents seemingly forced him to split with Dina as she was looked at as a distraction from his game. The letter he wrote to her was heartbreaking, as it was completely obvious that the words that were written were not his own.

The majority of those interviewed for the series are those who no longer associate with Tiger including not only ex-girlfriend Dina Parr, but also his former caddie Steve Williams and the infamous night club manager Rachel Uchitel who was at the center of Tiger’s cheating scandal. We do not hear anything from Tiger Woods himself nor any of his current associates and it safe to assume that they are probably none too pleased about some of the information and video footage this documentary series reveals. It would have been nice to hear their side of the situation as well, but it certainly doesn’t make viewing the series any less enjoyable.

The documentary is also a bit of a comeback story as Tiger fought his demons which included infidelity, drug and alcohol abuse, back surgeries, and of course the constant hounding by the media. He also dealt with the death of his father which was one of the hardest situations for him to face given the extreme closeness of their relationship. Over the course of his career, Tiger has won 15 major golf championships and while he may have made some mistakes and still remains a bit of an enigma, he is certainly one of the greatest golfers of all time. Looks like the vision that Earl Wood laid out for his son definitely came true despite the fact that Tiger may have needed a “mulligan” or two! Tiger’s ex-caddy Steve Willaims put it best “being Tiger Woods had taken its toll on being Tiger Woods”.

If you are a golf fan or even just a follower of the celebrity behind Tiger Woods then “Tiger” is on par to have you hooked. In our opinion, it gives a fair look at both Tiger’s accomplishments and mistakes and sheds some light on the way in which the mind of this great athlete operates whether we agree or not, it is a fascinating rabbit hole to explore. Just keep in mind Tiger’s “not done yet”!

The post HBO’s Tiger Woods Documentary Cuts Through The Brush Revealing The Truth About The Celebrity Golfer (And It Ain’t All Pretty) appeared first on Age of The Nerd.