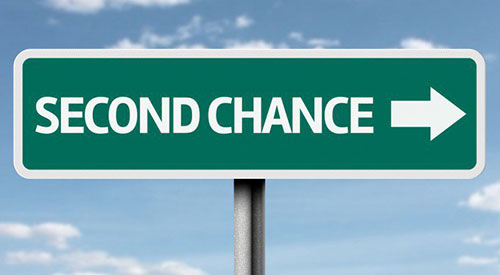 (PCM) Each year, Mulligan Day is celebrated on October 17 and for those that may not be familiar with the term “mulligan”, it is a word that is used in the sport of golf to describe a player getting a second chance to perform a move or action. In fact, we are willing to bet that golf just may be the only sport that would even allow such a thing to occur!  The term finds it’s origins of widespread use back in the early 1940’s and there is some speculation as to just how the term was derived.

According to the United States Golf Association (USGA), there are three different stories explaining that the term derived from the name of a Canadian golfer, David Mulligan, one-time manager of the Waldorf Astoria Hotel in New York City, who played golf in the 1920′s. A different, later, etymology gives credit to John A. “Buddy” Mulligan, a locker room attendant at Essex Fells C.C., New Jersey in the 1930′s. Yet another story, according to author Henry Beard, states that the term comes from Thomas Mulligan, a minor Anglo-Irish aristocrat and passionate golfer who was born in 1793. However, the most widely accepted origin story for “mulligan” is when Canadian golfer David Mulligan made a mistake during a game and retook his shot.

Mulligan Day was created as a chance to individuals to take the day as an opportunity to give themselves a second chance or a do-over if something in their lives perhaps didn’t go their way. Maybe you have broken ties with a friend or loved one or maybe you gave up trying a certain craft or sport, today is the day to get up, possibly mend some fences and give things a try yet again.