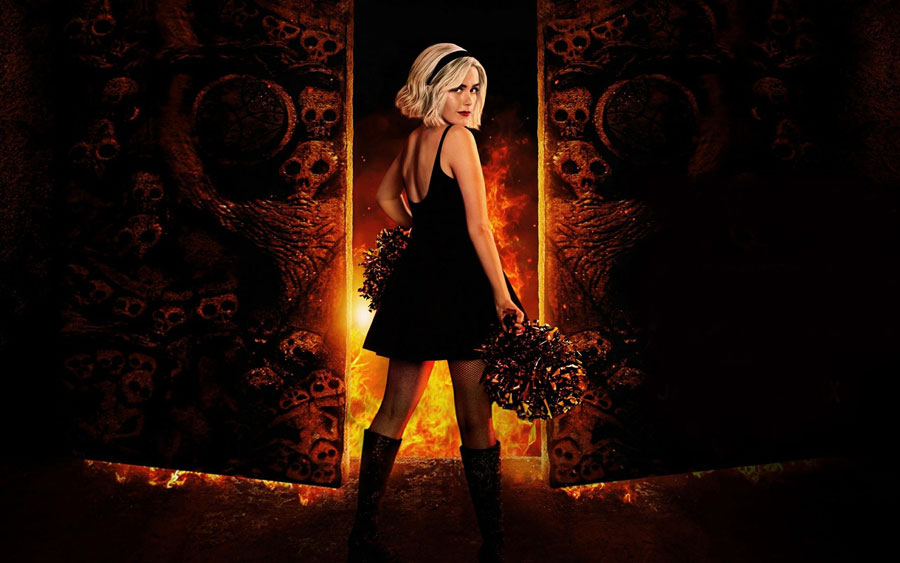 We are saddened that it has been revealed that Netflix has canceled “Chilling Adventures Of Sabrina” and the series will come to a conclusion with part 4. The final season will consist of only eight episodes.

Netflix says that the final season will begin streaming sometime in late 2020 and promises as “spooky, sexy & supernatural series finale”.

Part 4 will see The Eldritch Terrors descending their way on Greendale and the coven must fight each of the Terrors, including The Weird, The Returned, The Darkness, all before facing The Void, which is “the End of All Things.”

As the witches wage their war with the help of The Fright Club, Nick will also try to slowly earn his way back into Sabrina’s heart before its too late.

“Working on ‘Chilling Adventures of Sabrina’ has been an incredible honor from Day One. The cast, beginning with Kiernan as everyone’s favorite teen witch, has been an absolute joy. I am beyond thankful to the crew, writers, editors, assistants, and everyone for pouring so much love into this dark dream of a show,” said showrunner Roberto Aguirre-Sacasa. “I’m also grateful to our partners at Netflix, Warner Bros., Berlanti Television and Archie Comics for letting us tell the story we wanted to tell, the way we wanted to tell it. We can’t wait for everyone to see Part Four.”

Many fans were holding out hope for some kind of Riverdale/Chilling Adventures of Sabrina crossover, but with news of the cancellation that certainly doesn’t appear likely at this time. The news of the “Chilling Adventures of Sabrina” cancellation comes just a few days after it was revealed that The CW was pulling the plug on yet another show in the Archie Comics universes “Katy Keane”.

The post Netflix Cancels ‘Chilling Adventures Of Sabrina’ appeared first on Age of The Nerd.