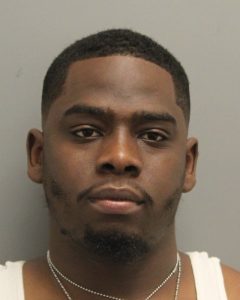 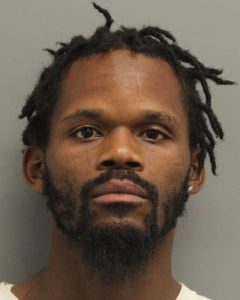 The incident occurred on June 8, 2020, at approximately 9:46 p.m., when Troopers were dispatched to Becky Lane, Dover, for a report of shots being fired.  Upon arrival, Troopers located multiple shell casings in the driveway of a residence.  The residence and a vehicle that was parked in the driveway were shot at multiple times.

It was reported that two subjects were seen exchanging gun fire.  The subjects left the area prior to police arrival.  There were two individuals inside the residence that was struck and neither sustained injury as a result of this incident.

Through investigative measures, Johnson and Horsey were identified as suspects.  It was determined that the damage to the residence and vehicle was a result of the gunfire from Johnson.  A computer inquiry revealed that both suspects are a persons prohibited from possessing a firearm.

The Governor’s Task Force (GTF) took Johnson into custody at his residence on Woodville Dr., Magnolia on June 17, 2020 without incident.  He was transported back to Troop 3 where he was charged with the following:

Johnson was arraigned before the Justice of the Peace Court and released after posting a $15,000 secured bond.

Horsey was taken into custody by GTF on June 17, 2020 outside of a residence on Becky Lane, without incident.  He was transported back to Troop 3 where he was charged with the following:

Horsey was arraigned before the Justice of the Peace Court and released after posting a $5000 secured bond.

If you or someone you know is a victim or witness of crime or have lost a loved one to a sudden death and are in need of assistance, the Delaware State Police Victim Services Unit/Delaware Victim Center is available to offer you support and resources 24 hours a day through a toll free hotline 1800 VICTIM-1. (1800 842-8461).  You may also email the unit Director at [email protected]