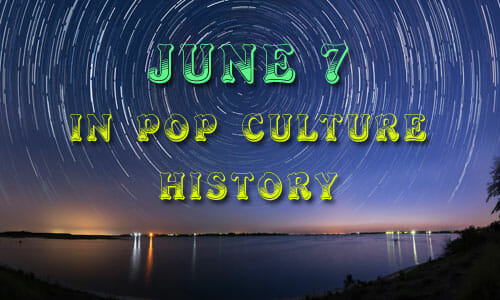 1753 – The British Museum was founded, starting the the collections of Sir Hans Sloane.

1914 – The Alliance was the first vessel to pass through the Panama Canal.

1954 – Rutgers Institute of Microbiology opened, it was the second dedicated microbiology laboratory in the world.

1962 – Credit Suisse (then known as Schweizerische Kreditanstalt) opened the first drive-through bank, in Switzerland at St. Peter-Strasse 17, near Paradeplatz in downtown Zurich.

1976 – The Tribal Rites of the New Saturday Night by journalist Nik Cohn was published in New York Magazine. It was the inspiration for the film Saturday Night Fever.