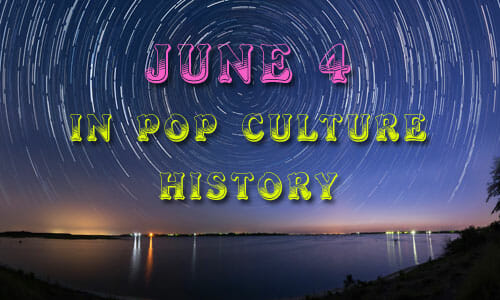 1784 – Elisabeth Thible was the first woman to fly in an untethered hot air balloon, flying for about 45 minutes.

1812 – Following Louisiana’s admittance as a US state, the Louisiana Territory was renamed the Missouri Territory.

1876 – The Transcontinental Express arrived in San Francisco, California, in only 83 hours and 39 minutes after leaving New York City.

1912 – Massachusetts became the first state of the United States to call for a minimum wage, although it was non-specific, and for children under 18 and women.

1919 – The US Congress approved the 19th Amendment to the United States Constitution, which guaranteed voting for women, and sent it to the individual states for ratification.

1937 – The first shopping carts were introduced at the Humpty Dumpty Supermarket in Oklahoma City, created by the store’s owner, Sylvan Goldman.

1957 – The first U.S. commercial long-distance coal slurry pipeline, 108 miles long, began delivery from a coal mine, from the Georgetown Preparation Plant of the Hanna Coal Company in Cadiz, Ohio, to the Cleveland Illuminating Company power station, in Eastlake, Ohio.

1974 – During a ‘Ten Cent Beer Night‘ inebriated Cleveland Indians fans started misbehaving, causing the game to be forfeited to the Texas Rangers.

1976 – ‘The gig that changed the world.’ A few dozen people saw the debut of the Sex Pistols at the Lesser Free Trade Hall in Manchester, England

1989 – The ‘Tank Man’ halted the progress of a column of advancing tanks for over half an hour after the Tiananmen Square protests of 1989.