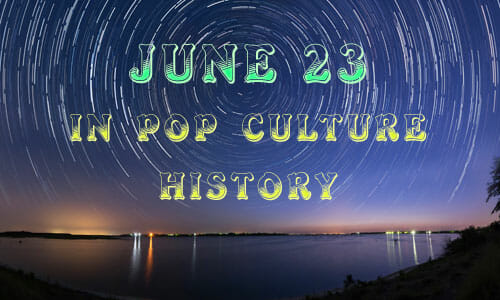 1894 – The International Olympic Committee was founded at the Sorbonne in Paris.

1926 – The College Board administered the first SAT exam.

1938 – The first ‘Oceanarium’ opened at Marineland in St. Augustine, Florida

1960 – The US Food and Drug Administration declares Enovid to be the first officially approved combined oral contraceptive pill in the world.

1973 – A fire at a house in Hull, England which killed a six year old boy, was the first of 26 deaths by fire caused over the next seven years by arsonist Peter Dinsdale.

1980 – The David Letterman Show debuted on NBC daytime. It was cancelled a few months later.

2000 – Gone in 60 Seconds, Me, Myself and Irene and Chicken Run debuted in theaters

2004 – Fahrenheit 9/11 and White Chicks were released in theaters

2013 – Nik Wallenda became the first man to successfully walk across the Grand Canyon on a tight rope.