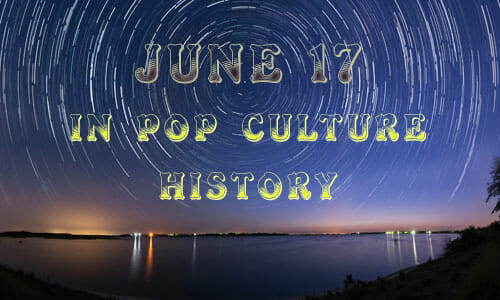 1462 – Vlad III the Impaler attempted to assassinate Mehmed II, forcing him to retreat from Wallachia, in Romania.

1631 – Mumtaz Mahal died during childbirth. Her husband, Mughal emperor Shah Jahan I, spent the next 17 years building her mausoleum, the Taj Mahal.

1837 – Charles Goodyear obtained his first rubber-processing patent. The success of his company came after he died in 1860.

1885 – The Statue of Liberty arrived in New York Harbor.

1944 – Iceland declared independence from Denmark and becomes a republic.

1963 – The US Supreme Court ruled 8 to 1 in Abington School District v. Schempp, against requiring the reciting of Bible verses and the Lord’s Prayer in public schools.

1971 – President Richard Nixon declared the US War on Drugs.

1983 – Superman II was released in theaters

1994 – All major networks provided live coverage of the O.J. Simpson low-speed car chase in the White Bronco. The chase concluded with Simpson’s surrender to authorities in front of his mansion in Brentwood, CA.

2011 – Mr. Popper’s Penguins and Green Lantern were released in theaters