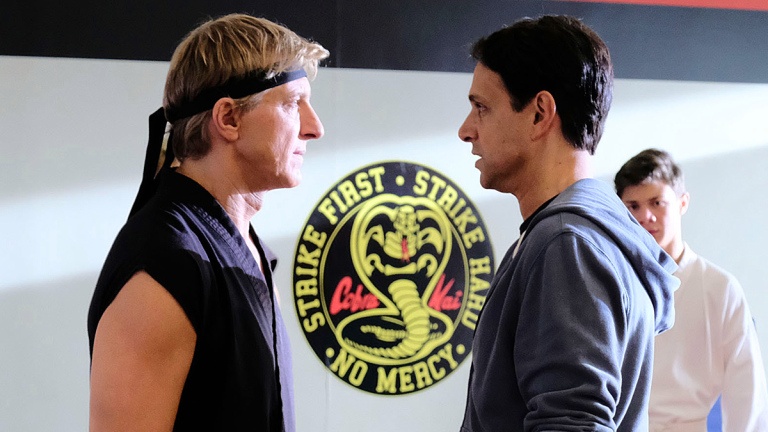 Oddly enough it is 36 years to the day that the original “Karate Kid” film was released and the news has just been revealed that season three of the hit series “Cobra Kai” will be making its’ debut on Netflix, as it is parting ways with YouTube premium.

It seems that Netflix and YouTube Premium have struck a deal regarding the series and the first two seasons will begin streaming on Netflix later this year. As for the premiere date for season three of “Cobra Kai”, nothing has been set in stone yet, so we should be expecting an announcement sometime in the near future.

According to Variety, “The appeal of ‘The Karate Kid’ saga is timeless, and ‘Cobra Kai’ picks up right where it left off without missing a beat,” said Brian Wright, vice president of original series at Netflix. “The rivalry between Daniel and Johnny is one for the ages, and the show has a ton of heart and is a lot of fun. We can’t wait to introduce a new generation of fans to Cobra Kai and are thrilled to be its new home around the world.”

It seems that this is not the first time that the series tried to move over to Netflix, as there was a previous deal on the table ahead of season two, but it ultimately did not move forward. YouTube premium now has no scripted series left now that “Cobra Kai” has made a move, so it looks like they will be running unscripted series and docuseries instead.