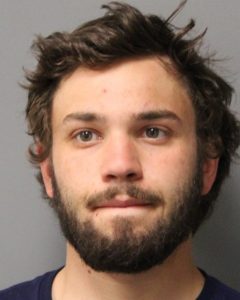 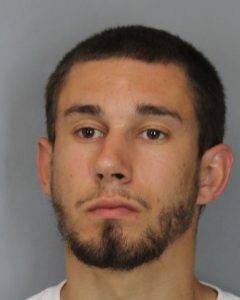 Selbyville – The Delaware State Police have arrested 22-year-old Ryan T. Crowson and 22-year-old Tanner C. McElwee, both of Millville, DE in connection with a robbery that left a 25-year-old man hospitalized.

The incident occurred on April 24, 2020 at approximately 10:16 p.m., when a male victim and a female acquaintance reported they were in the area of Washington Avenue and Polly Branch Rd., when they were approached by two male suspects who both had their faces concealed with cloth coverings. The suspects demanded money from both subjects and then proceeded to assault the male victim by striking him in the head and face with a handgun. The female turned over an undisclosed amount of cash to the suspects who then fled the area on foot. The female drove the male victim to an area hospital where he was admitted with serious injuries. The female victim was not injured as a result of the incident.

The location of the incident was later determined to have occurred in in the parking lot at the Hickory Tree
Apartments in Selbyville.  Through further investigations, Troopers identified Crowson and McElwee as suspects.  On May 11, 2020, Crowson was taken into custody at the DMV in Georgetown without incident.  With the assistance of the Troop 4’s Drug Unit, Governor’s Task Force (GTF), and Criminal Investigations Unit (CIU), McElwee was taken into custody near his residence in the unit block of Tributary Lane, Millville without incident.  A search was conducted at Crowson’s and McElwee’s residence on Tributary Lane, and the potential handgun that was involved in this incident was recovered.

Crowson and McElwee were transported back to Troop 4 where they were charged with the following:

Crowson was arraigned before the Justice of the Peace Court and committed to the Sussex Correctional Institution on $22000.00 secured bond.

McElwee was arraigned before the Justice of the Peace Court and committed to the Sussex Correctional Institution on $75000.00 cash only bond.

If you or someone you know is a victim or witness of crime or have lost a loved one to a sudden death and are in need of assistance, the Delaware State Police Victim Services Unit/Delaware Victim Center is available to offer you support and resources 24 hours a day through a toll free hotline 1800 VICTIM-1. (1-800-842-8461).  You may also email the unit Director at [email protected]