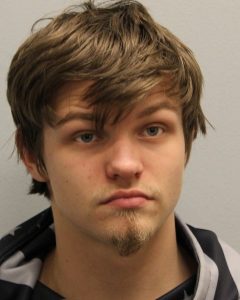 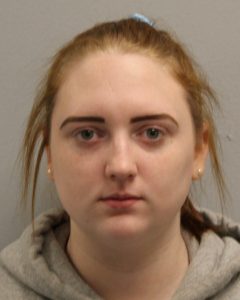 Georgetown- The Delaware State Police have arrested Jacob Durkee, 16, of Millsboro, and Magon D. Parks-Willey, 19, of Long Neck, in connection with a residential burglary.

On May 10, 2020, at approximately 3:47 p.m., Troopers responded to a residence in the 21000 block of Bunting Road, Georgetown, in reference to a burglary complaint.  Upon arrival, Troopers met with a 65-year-old homeowner who advised that sometime between the overnight hours of May 9 into May 10, unknown suspect(s) had entered his residence through the garage door and removed his shed key. The suspect(s) then entered the shed and removed a green 2019 450 Sportsman ATV.

Through further investigations, Jacob Durkee and Magon D. Parks-Willey were developed as suspects.  Troopers responded to the 26000 block of Johnson Road, where they located Durkee in the woods next to the stolen ATV.  Durkee was taken into custody without further incident and transported back to Troop 4.

Durkee was charged with the following:

Durkee was arraigned before the Justice of the Peace Court and released on his own recognizance.

On May 13, 2020 Magon D. Parks-Willey was apprehended at her residence in Long Neck, without incident.  She was transported back to Troop 4 where she was charged with the following:

Parks-Willey was arraigned before the Justice of the Peace Court and released on her own recognizance.

The investigation remains active and ongoing for a possible third suspect. Anyone with information regarding this incident is asked to contact Troop 4, TFC. Celpan at 302-856-5850. Information may also be provided by calling Delaware crime stoppers at 1-800-TIP-3333 or via the internet at http://www.delaware.crimestoppersweb.com