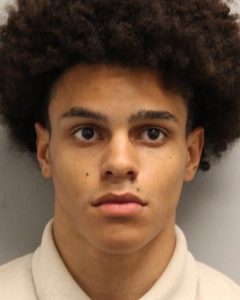 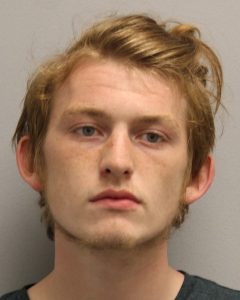 Milton- The Delaware State Police have arrested 17-year-old Cyrus Kosmider of Milford and 17-year-old Dallas Mohler of Lincoln, after a traffic stop led to the discovery of drugs.

The incident occurred on May 26, 2020 at approximately 12:20 a.m., when a Trooper observed a red Dodge Journey in the left turn lane on Harbeson Road to turn west on Route 9.  The operator failed to turn from the turning lane and continued straight onto Harbeson Road.  A traffic stop was initiated and contact was made with the driver, Kosmider and passenger, Mohler when an odor of marijuana was detected and a bottle liquor was observed in plain view on the back seat.  A computer inquiry revealed that Kosmider did not have a valid driver’s license.

A subsequent search of the vehicle was conducted and led to the discovery of approximately 98.5 grams of marijuana and approximately 7.95 grams of hallucinogenic mushrooms.

Kosmider and Mohler were taken into custody without incident and transported back to Troop 7 where they were charged with the following:

Kosmider was arraigned before the Justice of the Peace Court and released on his own recognizance.

Mohler was arraigned before the Justice of the Peace Court and released on his own recognizance.