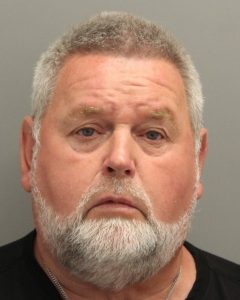 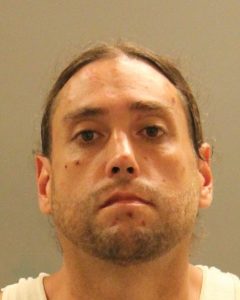 The Delaware State Police began investigating a rash of construction site burglaries between March and May 2020, occurring in the Lewes and Harbeson areas.  During these incidents, unknown suspect(s) were forcing entry into construction trailers by cutting padlocks. Once inside, numerous tools and wiring were stolen.

Through investigative measures, Troopers identified two suspects, Donald P. Grier Sr. and his son Donald P. Grier Jr.  On May 28, 2020, at approximately 10:00 a.m., a search warrant was obtained for the Grier’s residence located in the 30o block of Comerton Lane, Townsend.  A search of the residence was conducted and led to the discovery of possible stolen tools in the garage.  A search warrant for Grier’s vehicle, a red Dodge RAM was also obtained, and located inside were bolt cutters and clothing utilized during some of the burglaries.

Donald Grier Sr. was taken into custody without incident at the residence.  He was transported back to Troop 4 where he was charged with the following:

Donald Grier Sr. was arraigned before the Justice of the Peace Court and committed to the Sussex Correctional Institution on $30,200 secured bond.

Troopers have been unable to locate Donald Grier Jr. who has active warrants for the following:

Anyone with information in reference to the whereabouts of Grier Jr. is asked to please contact Troop 4, Property Crimes Unit, Detective Taylor at 302-856-5850. Information may also be provided by calling Delaware crime stoppers at 1-800-TIP-3333 or via the internet at http://www.delaware.crimestoppersweb.com