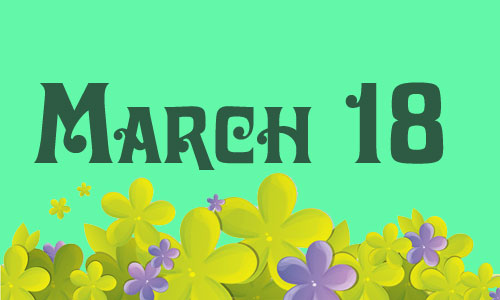 1834 – The first US railroad tunnel was completed between Hollidaysburg and Johnstown, Pennsylvania.

1850 – American Express was founded by Henry Wells and William Fargo. They were very successful in banking.

1922 – Mohandas Gandhi was sentenced to six years in prison for civil disobedience (he served only two).

1968 – The U.S. Congress repeals the requirement for a gold reserve (the Gold Standard) to back US currency.

1984 – Miss America, Vanessa Williams became even more well-known when she became the first Miss America to resign after old nude photos of her appeared in “Penthouse” magazine. She has gone on to prove herself as a first class actress and singer. That particular issue is also noted for being the first issue with a man on the cover (George Burns), and an underage Traci Lords is the nude centerfold. It is illegal to own, or even look inside, this issue in most countries, including the United States.

1990 – In the largest art theft in US history, 12 paintings, collectively worth over $500 million, were stolen from the Isabella Stewart Gardner Museum in Boston.

2005 – The Suite Life of Zack & Cody premiered on The Disney Channel.