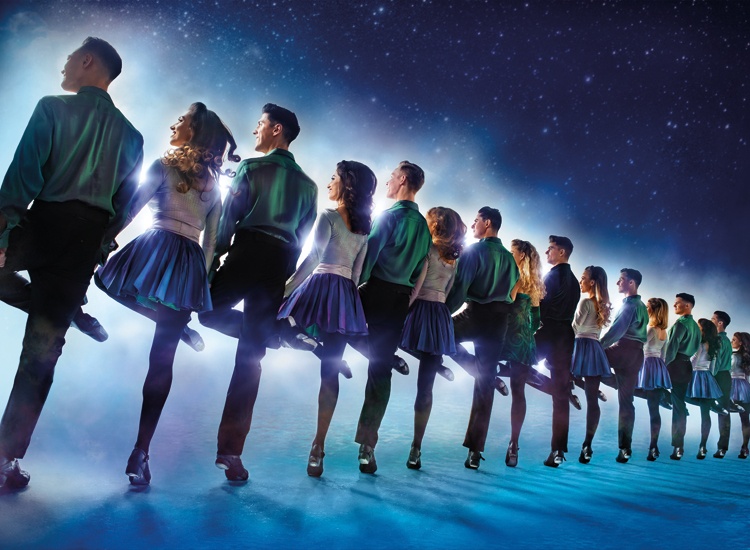 The always spectacular “Riverdance” is a show like no other, so we were absolutely thrilled to learn that the “Riverdance-25th Anniversary Show” would be returning to Philadelphia presented by the Kimmel Center Cultural Campus for a strictly limited engagement at the Merriam Theater from January 21 – 26, 2020, as part of the Kimmel Center’s Broadway Philadelphia 2019-20 season and the 2019-20 Family Discovery Series.

It is hard to even find the words to describe the performance that the “Riverdance” troupe has put together, as it is a true sensory experience. The music and dancing blend together perfectly to tell an intricate story that plays out over the course of the nearly two-hour show. The visuals are hypnotic as you witness the immense talent of both the dancers and the musicians alike. The show flys by like a whirlwind giving the audience barely enough time to catch our breath.

“Riverdance – 25th Anniversary Show” is “Riverdance” as you’ve never seen it before! A powerful and stirring reinvention of this beloved favorite celebrated the world over for its Grammy Award-winning score and the thrilling energy and passion of its Irish and international dance. Twenty-five years on, composer Bill Whelan has rerecorded his mesmerizing soundtrack, while producer Moya Doherty and director John McColgan have completely reimagined the ground-breaking show with innovative and spectacular lighting, projection, stage, and costume designs.

“Riverdance – 25th Anniversary Show” has been designed by lead designer Peter Canning, featuring Set by Alan Farquharson, Lighting by Andrew Voller, and Video by Cosmo AV, along with Costumes by Joan Bergin and Sound by Michael O’Gorman. It is a breathtaking sight to behold.

Another aspect that we adore about the “Riverdance – 25th Anniversary Show” is its diversity in showcasing cultural dance from all over the world. The show features not only traditional Irish step-dancing but also elements of Spanish dance with the flamenco and Russian dancing as well. This helped push the show forward and left us, as an audience, eagerly anticipating more.

This show has made us fall in love with “Riverdance” all over again and we can certainly see “Riverdance” celebrating yet another 25 years down the line!

The post ‘Riverdance-25th Anniversary Show’ Is Simply Breathtaking appeared first on Age of The Nerd.