What You Can Watch on Disney+ in January 2020 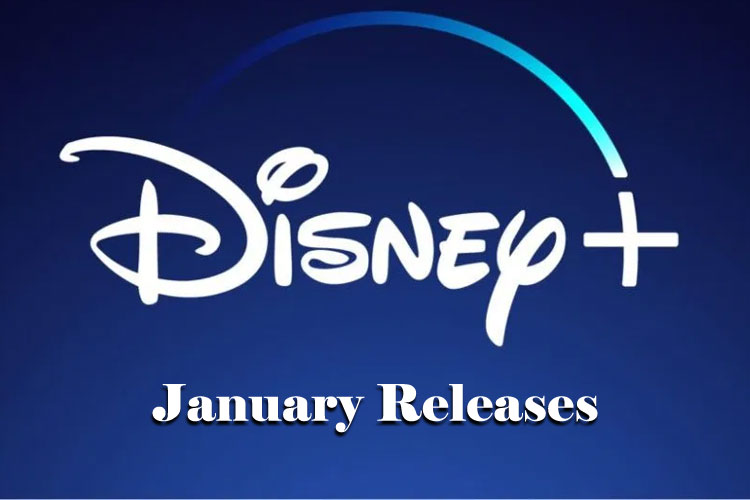 What You Can Watch on Disney+ in January 2020

Didn’t get a chance to get to the theater to check out the 2019 versions of Aladdin and The Lion King? You’re in luck!

January 3
High School Musical: The Musical: The Series – Episode 109 – “Opening Night”
“After months of rehearsals, the theater kids gear up for an unforgettable opening night. But when unexpected audience members show up to shake the cast to its core, will the show ‘go on’ if the Wildcats aren’t all in this together?”

Encore! – Episode 109 – “Pippin”
“Thirty-five years ago, high school classmates from Youth Performing Arts High School in Louisville, Kentucky performed the Broadway classic “Pippin.” Now, the cast returns to reprise the roles of their youth with the help of Broadway professionals. William Bradford, the director from the original musical Pippin,helps co-direct this performance.”

Marvel’s Hero Project – Episode 109 – “Radiant Jayera”
“Jayera is a young woman who has been working to level the playing field for those in her neighborhood who could use support in hard financial times. From fundraising for Free Wash Day to holding pop-up ‘pay what you can’ shops, her community service is a benchmark of humanitarianism in her town. Now, Marvel recognizes her incredible work by making her a Super Hero.”

The World According to Jeff Goldblum – Episode 109 – “Coffee”
“Jeff Goldblum is buzzed about COFFEE as he learns the secrets behind its popularity and ubiquity. From driving cattle on the Texan plains to enjoying a late-night cup of Joe and meeting the brains behind ‘Latte Art,’ Jeff delves into a drink that’s becoming both an art and a science, while he also plays a crucial role in facilitating social interaction.”

One Day at Disney – Episode 105 “Bob Iger: CEO”
“Bob Iger recalls the early days of his career and shares what inspires him as Disney’s CEO.”

Pick of the Litter – Episode 103 “Training Begins”
“After returning to Guide Dogs for the Blind, the dogs begin formal training.”

Forky Asks A Question – “What is Cheese?”
“Buttercup, annoyed with all of Forky’s questions, speed teaches everything there is.”

High School Musical: The Musical: The Series – Episode 110 – “Act Two”
“It’s Act Two of opening night, and the stakes have never been higher. After last-minute cast changes in Act One — and so much left unsaid between Ricky and Nini — there’s more drama offstage than on.”

Marvel’s Hero Project – Episode 110 – “Spectacular Sidney”
“Sidney fell in love with reading at a young age, but he wasn’t finding a lot of stories with characters who resembled him. So,he established his Books-n-Bros club, targeted to young, African-American boys to spread his love of reading and improve literacy skills. He wanted other kids like him to share in the power of stories, and now Marvel wants everyone to know the Super Hero Sidney is.”

The World According to Jeff Goldblum – Episode 110 – “Cosmetics”
“Jeff Goldblum faces the truth about COSMETICS and discovers that it is a vehicle for both embracing who you are or becoming someone else entirely. From taking a crash course on all things cosmetic and learning the spiritual meaning behind Native American face designs to getting groovy at a drag-queen show, Jeff gets to the root of why the world is crazy for COSMETICS.”

One Day at Disney – Episode 106 – “Modern Family: Cast & Crew”
“The cast & crew of Modern Family describe what it’s like to be a part of the infamous Pritchett-Dunphy-Tucker clan.”

Pick of the Litter – Episode 104 – “Next Level Training”
“The training dogs advance. Amara’s fate is determined. Raffi is returned for formal training.”

Forky Asks A Question – Finale – “What is Reading?”
“The energetic Peas-n-a-Pod siblings teach Forky about reading and how it is done, with a little help from Mr. Spell.”

SparkShorts – “Loop”
“In ‘Loop,’ two kids at canoe camp find themselves adrift on a lake, unable to move forward until they find a new way to connect and see the world through each other’s eyes. This film breaks new ground by featuring Pixar’s first non-verbal autistic character.”

The post What You Can Watch on Disney+ in January 2020 appeared first on Pop Culture Press, part of the Pop Culture Madness Network.