USA Network’s ‘Dare Me’ Will Be Your Newest TV Obsession 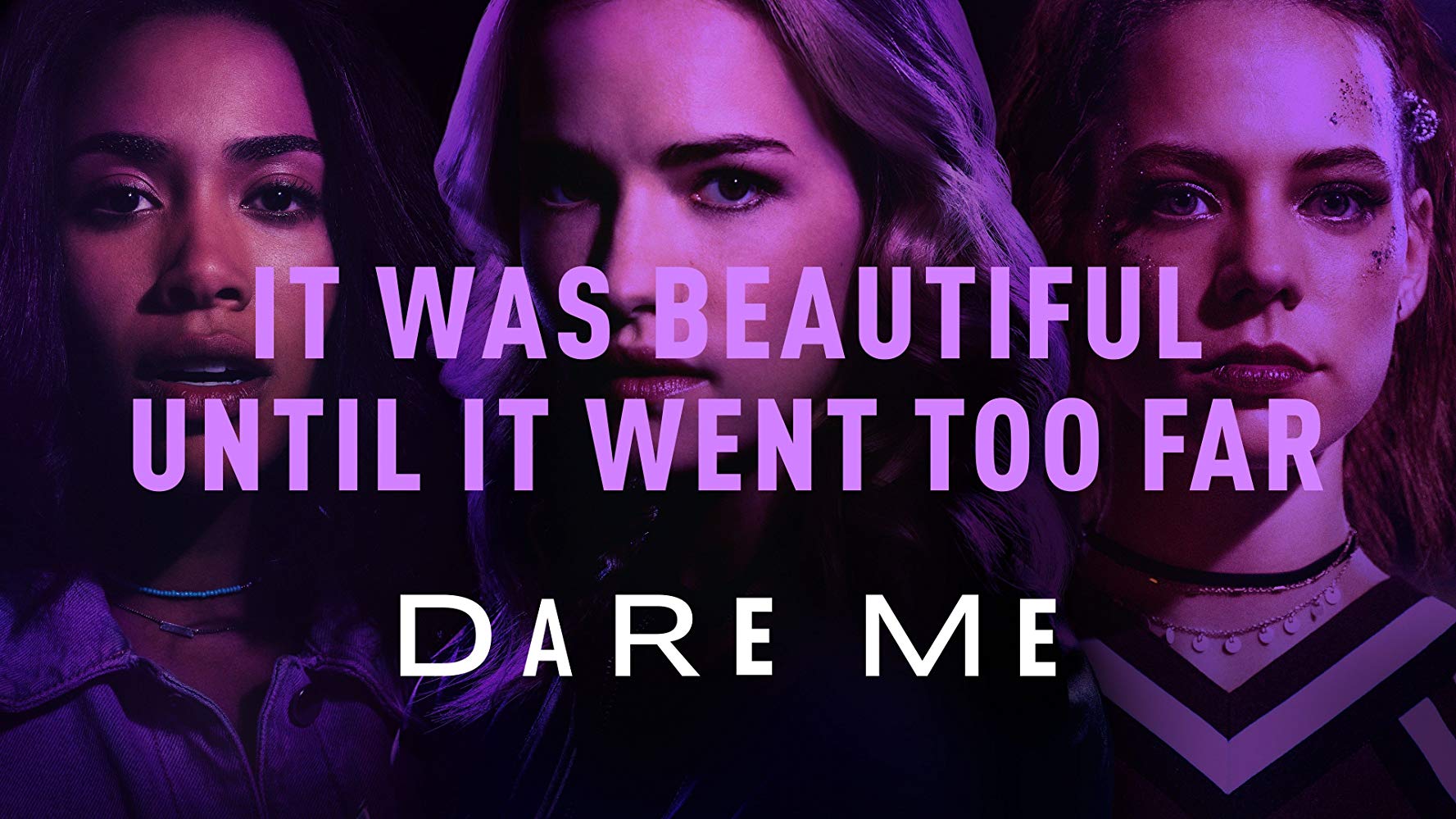 When we first heard the premise for the upcoming USA Network series “Dare Me” which will premiere on December 29th, we had our doubts about just how well this series would be able to hold its ground against the many other suspense/thriller series out there in the television landscape these days, and “Dare Me” left us pleasantly surprised!

We seriously could not stop watching!  “Dare Me” became our newest television obsession and we think that it will be yours as well! The series is based upon author Megan Abbott’s best-selling novel by the same name, and Abbott also serves as showrunner alongside Gina Fattore. Peering behind the all-American facade, “Dare Me” dives into the cutthroat world of competitive high school cheerleading and the extreme lengths, both physically and psychologically that these young women will put themselves through in order to get ahead.

The series stars Herizen Guardiola, Marlo Kelly, and Willa Fitzgerald (a fan favorite from the “Scream” franchise) and these actors do an impeccable job of drawing us in and making us care about these characters and their dilemma’s from episode one. “Dare Me” is a perfect blend of a coming-of-age story, a small-town drama, and a murder mystery all rolled into one. As soon as we felt that we had the answer to one of our many burning questions while watching, another one was waiting right around the corner to leave us guessing once again. Probably the most terrifying aspect of “Dare Me” was not even so much the murder mystery, but rather the horrific ways in which these young women treated one another and the fear that built up over of the course of the season about never being quite sure of who you can really trust. Friendships are tested, alliances are broken, marriages are failing, families are being torn apart, and to think … we are only just getting started!

Addy Hanlon (Guardiola) has always been Beth Cassidy’s (Kelly) best friend and trusted lieutenant. Beth calls the shots and Addy carries them out, a long-established order of things that has brought them to the pinnacle of their high-school careers. Now they’re seniors who rule the intensely competitive cheer squad, feared and followed by the other girls — until the young new coach arrives.

Cool and commanding, an emissary from the adult world just beyond their reach, Coach Colette French (Fitzgerald) draws Addy and the other cheerleaders into her life. Only Beth, unsettled by the new regime, remains outside Coach’s golden circle, waging a subtle but vicious campaign to regain her position as “top girl” — both with the team and with Addy herself.

Then a suicide focuses a police investigation on Coach and her squad. After the first wave of shock and grief, Addy tries to uncover the truth behind the death — and learns that the boundary between loyalty and love can be dangerous terrain.

Again, be sure to tune into the upcoming premiere of “Dare Me” on December 29th on USA Network and while of course, we can’t give any spoilers away, let’s just say that “Dare Me” is incredibly binge-worthy and we absolutely cannot contain our excitement and hope for a second season, as we are hooked, need answers and more “Dare Me” in our lives. The sooner, the better!

The post USA Network’s ‘Dare Me’ Will Be Your Newest TV Obsession appeared first on Age of The Nerd.