Come From Away’s Julie Johnson Calls This: “One of the Most Life-Affirming Shows You will Ever See!” 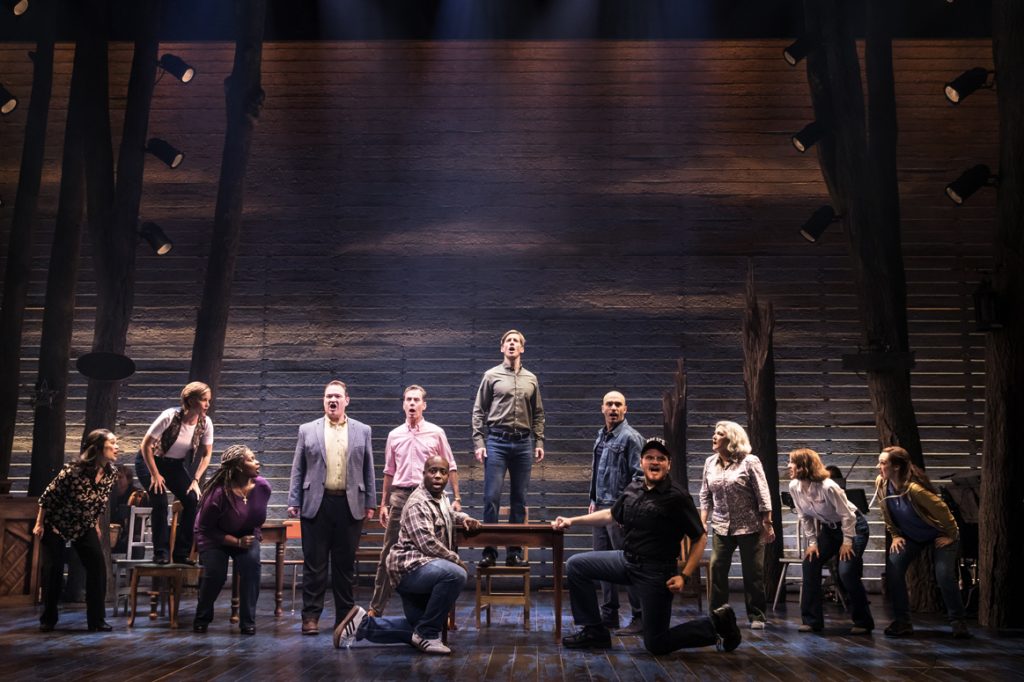 Julie Johnson, who first came to New York to perform in the early 1990s, is proud to still be gracing the stage in the national tour of the life-affirming show Come From Away.

Now playing at the Kimmel Center’s Academy of Music as part of the Philadelphia Broadway series through Sunday, November 3, Johnson says the show is “a real treat,” filled with great heart, a look at kindness amid tragedy with a backdrop of Irish-influenced music.

Not only is Johnson having a stellar musical theater career, but she was also the voice of the character Baby Bop on the beloved television series, Barney And Friends.

Come from Away is a Canadian musical with book, music, and lyrics by Irene Sankoff and David Hein.

The show, which is filled with Irish-influenced music, is set in the week following the September 11 attacks and tells the true story of what transpired when 38 planes were ordered to land unexpectedly in the small town of Gander in the province of Newfoundland and Labrador, Canada, as part of Operation Yellow Ribbon.

The characters in the musical are based on (and in most cases share the names of) real Gander residents as well as some of the 7,000 stranded travelers they housed and fed.

The musical has been received by audiences and critics as a cathartic reminder of the capacity for human kindness in even the darkest of times[1] and the triumph of humanity over hate.

At the 71st Tony Awards in 2017, it was nominated for seven awards including Best Musical, Best Original Score, Best Book of a Musical, and Best Featured Actress in a Musical for Jenn Colella, ultimately winning for  Best Direction of a Musical for Christopher Ashley.

“Everyone needs to see Come From Away because it is truly one of the most uplifting stories you will see in a long time,” Johnson recently explained.

“When we met our counterparts in Newfoundland they told us that they “just did what we always do and that is to help our neighbors and friends, with smiling faces and jokes,” she added. “They are such wonderful people with a great story to tell!” 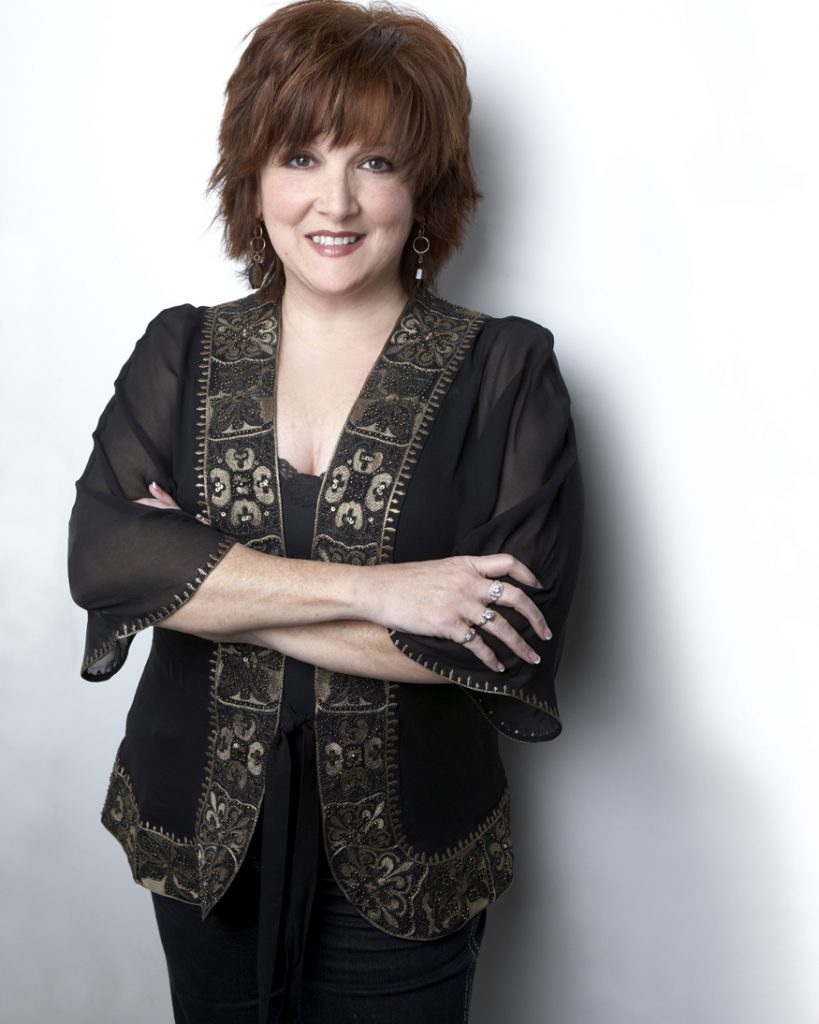 Why did you want to be part of this show?

I have worked with these producers and this director off and on for years. Christopher Ashley directed me in my first off-Broadway show. I live still in Texas and travel back and forth for my various projects.

You have had a rich and varied career; how does it feel?

I am proud to still be there. I came to work in New York for the first time in the early 1990s and worked in many regional series. I participated in the Barney And Friends series for 20 years.  I feel most at home around actors and the theater, and I kept my home base in Texas.

Do you hear from now-adult fans of Barney?

Yes, I do. I meet many performers, especially dancers, who grew up loving Barney and found the show such a safe place. They loved the amount of music and dance.

What are your fond memories of working on Barney?
I was always thrilled when we got to meet so many kids because Barney was such a comfort and joy for children, especially those with different issues. We knew we were reaching kids on the autism spectrum and children with special needs and to find out how the series helped was so gratifying. I am still getting wonderful feedback.

Please tell me about your character Beulah.

Beulah Cooper is a combination of two different characters who were part of gathering clothing and food at school cafeterias and church kitchens. They feed nearly 7,000 people in five or six small towns, the passengers and crews from the 38 planes that landed on an airstrip in Newfoundland. They did this for five days. Beulah is like the cruise director who helped disperse the food and clothing. After sitting on planes for 28 hours a lot had to be done. She was one of these wonderful completely nonplussed people who just knew what to do to take care of people.

What does the reaction to the horrors of 9/11 mean in this story?

It certainly evokes those emotional responses because our show pays such homage and tribute to what happened. It’s also about 9/12 and those people who opened up their doors and let people take showers, brush their teeth, have a cup of coffee in their homes and churches. The fact that such kindness and strength came out of this is so memorable. People in New York were dealing with such a horrible nightmare yet good things were going on for people in need.

Where were you during 9/11 and shortly after?

I was in New York for an off-Broadway show a couple of weeks later, and everyone was so gentle and kind. I remember people would ask one another “Are you okay.” So, that general feeling after this horror was that we need to take care of each other. Other cities like Philadelphia and Chicago were also fearful that their city could be next. But it brought out the best in people. People in Philadelphia, Chicago and other cities had that fear – what city is next? are we going to be attacked? Who wouldn’t be fearful?  Yet, it brought out the best out in people.

What else strikes you about Come From Away?

The fact they were so removed from it for those 5 days got to enjoy the company of those Newfoundlanders and provide all of their basic needs as well as music and happy events like cookouts provided everyone with a sense of normality. But for the residents of the towns, it was the same way they survived those winters provided them a sense of normality. It helped them come back into their lives.

Have you met many of the people who opened their homes and whose lives you portray in the show?

Yes. They came to Seattle for our opening [in Sept 2018] and our producers have included them. It is great to see the hotel and hotel bar populated with the Newfoundlanders and for all of us to celebrate with them. We all tell stories and jokes and they are a group of people with truly kind and generous spirits. The townspeople have been to see the show in London and Toronto and the Broadway cast took a concert version with mics and stools and sold out their hockey rink two nights in a row. It was a proud occasion.

Tell me about the creators and David and Irene?

I know they have seen the show more than 100 times, and the pilot Beverly Bass has seen the show nearly 150 times. She piloted the largest plane that landed there, and she came back for the 10-year anniversary/ Every 10 years they do a beautiful honorary anniversary tribute filled with prayer and music in one of their parks to commemorate 9/11,

When you were in Philadelphia the last time?

I was here with my now 21-year-old son for two weeks some 7 years ago. At the time we enjoyed so much of what Philadelphia has to offer and I am looking forward to spending time in this gorgeous city.

Why should you come to see the show?

It is one of the most life-affirming shows that you will ever see. This life-affirming show reminds us that human kindness and opening your arms to help people is the best way to live your day-to-day life and get through struggles and tragedy. 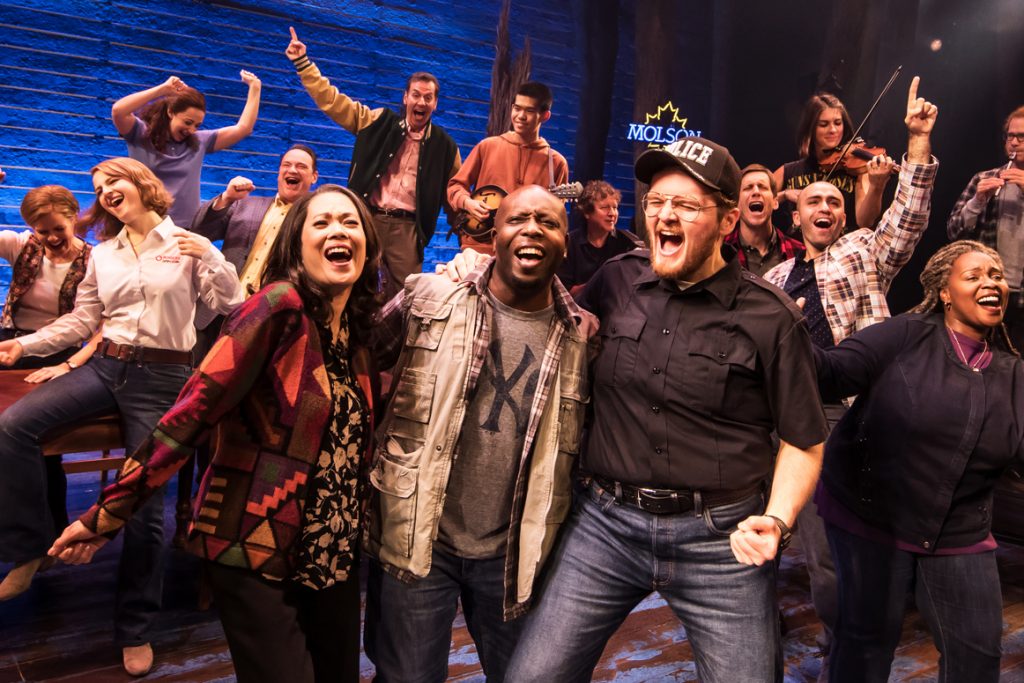 The post <em>Come From Away’s </em> Julie Johnson Calls This: “One of the Most Life-Affirming Shows You will Ever See!” appeared first on Pop Culture Press, part of the Pop Culture Madness Network.