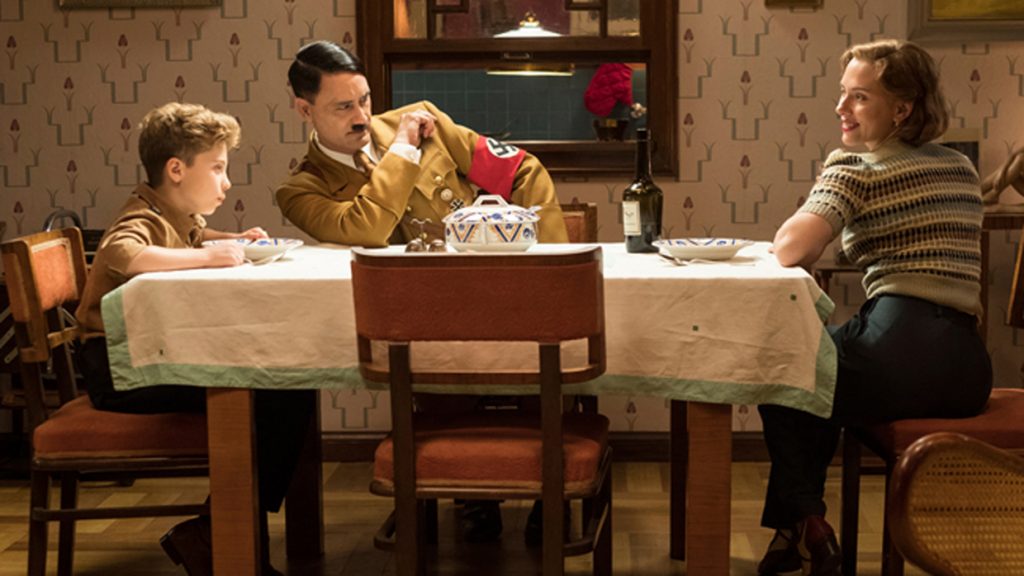 Now is the perfect time to head to the 28th Philadelphia Film Festival for a line-up of remarkable films from noted directors in a wide range of genres.

The festival, hosted by The Philadelphia Film Society, is running through October 27. There are 120 films from 41 countries to see during the memorable 11-day event.

The Festival is showcasing 120 feature-length and short films. The Festival line-up is curated by the PFF programming committee who carefully selects each film from multiple international festivals throughout the year.

The opening night for the Galas category was Destin Daniel Cretton’s stunning drama Just Mercy (opening in theaters on Dec. 25).

Attorney Bryan Stevenson, who authored his book on which the film is based, screenwriter Andrew Lanham, and star Karan Kendrick (The Hunger Games, Hidden Figures, and The Hate U Give), attended the opening night event. Stevenson said that it’s a bit surreal watching his early days as a crusading attorney on the big screen in Just Mercy. The movie also stars Jamie Foxx and Brie Larson.

“I think of the clients when I see the performances. It’s really exciting because my goal in writing the book was to get people close enough to the clients I represent and the people in jails and prisons that I have worked with,” Stevenson explained during his recent visit to Philadelphia.

“It is also about the deeper insight into what it means to be wrongly convicted, condemned and be unfairly sentenced,” he added. “And you can’t do that if the humanity, the struggle, and the dignity of the people they are portraying don’t come to life. It is really gratifying for bringing the truth of what I was trying to say to the screen.”

Everyone involved in the 2019 film festival is extremely excited about the quality and diversity of offerings and encouraged film lovers from near and far to attend one or more movies and events.

“I couldn’t be more excited with the lineup for this year’s Festival,” said Executive Director, J. Andrew Greenblatt.  “From a mixture of the most highly anticipated films of the year, including back-to-back screenings of the Palme D’Or winning PARASITE and the powerful and timely Just Mercy on our Opening Night, to a diverse and exciting 10-day program that includes some of the best films from around the world and an expanded Filmadelphia section focusing on films shot in Philly or made by Philadelphians, PFF28 has something for everyone.”

“It certainly is quite a year,” said Artistic Director Michael Lerman. “Not only is the caliber of films extremely high, but I’m thrilled that we are able to showcase bold visions from a diverse cross-section of voices“

Here is a look at a few of the memorable films at the Philadelphia Film Festival:

JoJo Rabbit – (Saturday, October 19 at 6:15 p.m.) – A darkly funny yet heartwarming morality tale following a 10-year-old staunch member of the Hitler youth whose imaginary friend happens to be Adolph Hitler. Author Taika Waititi (What We Do in the Shadows) has done the improbable by crafting an immensely delightfully heartwarming coming of age tale set during the darkest days of World War 2. The movie stars Scarlett Johansson, Rebel Wilson, and Sam Rockwell. From Fox Searchlight Pictures.

Marriage Story – (Sunday, Oct. 20 at 8 p.m.) – Director Noah Baumbach offers his crowning achievement in Marriage Story. After completing a run of their successful Broadway-bound play, esteemed theater director, Adam Driver, and his star-actress wife Scarlett Johansson have agreed to split up. Their hawkish divorced lawyers, played by Laura Dern, Alan Alda and Ray Liotta, only increase the couple’s antagonism. Marriage Story stands as a testament to what it means to experience life, love, and loss today. From Netflix.

The Irishman (Tuesday, Oct. 22 at 8:15 p.m.) – From legendary director, Martin Scorsese brings together the dream team of Robert DeNiro, Al Pacino, and Joe Pesci to tell an amazing, true-life saga of crime and friendship across several decades. The sprawling tale tracks its characters across multiple decades and is populated by numerous figures, both famous and infamous. It is considered one of the most highly-anticipated films of the year, and a chance to see one of cinema’s great masters and three of its most legendary performers working at the peak of their powers. Anna Pacquin also stars in the film. From Netflix.

Harriet (Wednesday, Oct. 23 at 8: 30 p.m.) – From director Kasi Lemmons the movie focuses on the heroic Harriet Tubman, who after escaping slavery, joins the Underground Railroad to ensure of the freedman of hundreds of men and women in this revolutionary historical drama. From Focus Features.

Knives Out (Friday, Oct. 25 at 6:45 p.m.) – From director Rian Johnson is a movie about a renowned mystery writer who winds up dead, and an eccentric investigator suspects foul play among his many heirs in a star-studded whodunit. The movie stars Daniel Craig, Chris Evans, Ana De Aras, and Jamie Lee Curtis. From Lionsgate.

This year’s line-up introduces the new category, Visions of China, and welcomes the return of State of the Union. These categories expand upon the Festival’s goal of presenting films that are both timely and thought-provoking in their relevance.

To emphasize the Philadelphia Film Society’s ongoing commitment to film in Greater Philadelphia, this year’s line-up includes an expanded Filmadelphia category, featuring brilliant films from the region’s most captivating filmmakers. Included is the groundbreaking film Clemency, which made history at this year’s Sundance Film Festival when Director Chinonye Chukwu became the first black woman to win the festival’s biggest honor, the Grand Jury Prize.

The category also features the World Premieres of Kyle Thrash’s Maybe Next Year, a documentary on the Philadelphia Eagles historic Super Bowl-winning season, and Brandon Eric Kamin’s The Nomads, a narrative film inspired by the North Philly Nomads high school rugby team that overcame adversity to take the rugby world by storm.

Screenings for the 28th Philadelphia Film Festival will take place at the below theaters:

Tickets may be purchased through the Festival website, www.filmadelphia.org/festival, in-person at the main Box Office at the Philadelphia Film Center, or over the phone at 215-422-4588 (Monday – Saturday from noon to 5 p.m).